A History of Breis & Fryer

On July 29th 2009, a jersey cow named Allison was about to give birth. It was five thirty in the morning and Allison went into labor. Before learning of the twins, it’s best to take a few written lines to tell you of their beautiful mother Allison.
Allison was born on March 11, 2002 by one of the original cows that started the cheese making farm (Chapel Hill Creamery) named Ms. Ada. As Allison grew up and prepared to become a milk cow, she became one of the favorites to the owners and employees. Allison’s personality was soft and gentle but in charge. She became an inspirational mother. Through the years, she had five beautiful heifers before having the twins, Breis and Fryer.
So back to the boys, Breis was born first at 5:45 am. Portia Mcknight (co-owner of Chapel Hill Creamery) was now ready to tend to Allison (meaning milk her and feed the colostrum to the baby boy).  Deciding to grab another cup of coffee due to the early rising, Portia went into the house to fetch that cup.  I went to setup the milking parlor for the morning’s milking and to include Allison. Low and behold, when Portia returned with her fresh cup of black coffee, Allison had given birth to the second bull calf soon to be Fryer. 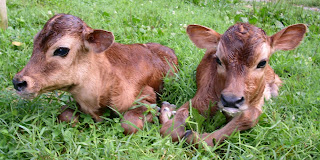 Portia couldn’t believe it, twins, never in Chapel Hill Creamery’s history have we had twins. She was shocked but suddenly concerned. Knowing that twins are hard on a mother cow, Portia was worried for Allison as she was seven years old.
As the morning went on and the milking was finished, including Allison, the twins were fed their colostrum.  It was a great start to an exciting day. 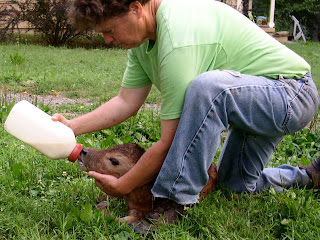 Throughout the weeks Breis had a hard time staying healthy.  No matter what we did his immune system just wouldn't stay strong.  It took a couple of months before Breis was strong enough to have the energy to play with his brother Fryer.  During his sick days Fryer would stay with Breis and let him lay on him for comfort.  Once Breis pulled through and started to run with Fryer, I knew it was time for their training as Chapel Hill Creamery's first pair of working steers to begin.
It was so exciting and since I had gone to an oxen training course in New Hampshire at the Berry Brooks Farm just two days after the boys were born, I was looking forward to applying the knowledge and techniques I had brought home from the workshop.  Patience has been the #1 lesson for me! 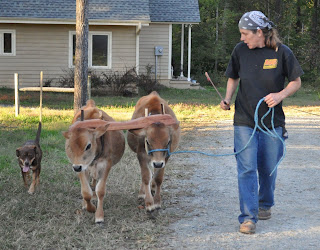 Soon after the boys were in their first yoke, I had them pull a 1 and a 1/2 PVC pipe so they can get use to something in between them. After that, I had them pull a tire so they felt a bit of resistance. They were awesome. I noticed however, at a young age, meaning their first year, they went through the yokes.
A good friend of mine, Jay Fisher, also a master carpenter, helped me with my first three yokes. I would find the wood and draw out the look of the yoke and he would cut it out and grind it smooth. I wasn't able to make a proper bow, so I would order all of my bows and pins from New England Ox Supply in Hew Hampshire. 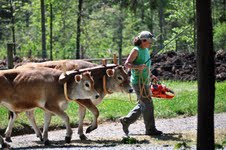 By the third yoke, they had become very use to pulling small carts and sleds. We would do some practicing on logging very small branches :) and they had gotten real good at taking grain to our different group of cattle, such as, dry cows, heifers, and calves. The ladies thought they were very handsome. 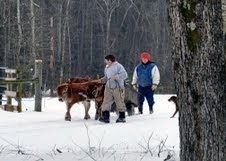 By the time  Breis and Fryer were in their fourth yoke, These boys had been through two Chapel hill Creamery's farm tours and even a plow day, but they had to harrow because today, at 22 months old, they just are not quiet capable of that yet. But we're working on it. So let's start Blogging.

Feel free to e-mail your thoughts and questions about Breis and Fryer. I would love to hear what you have to say. I am interested in meeting other Teamsters and people interested in Oxen. 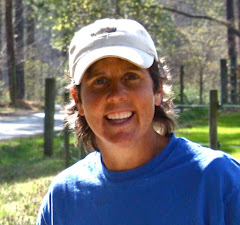